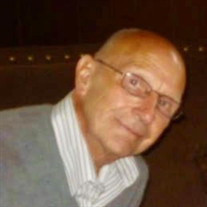 Clark “Corky” Jayne On Saturday, November 14th, North Tonawanda lost native son and life long resident, Clark Edward Jayne. He was born the youngest son of Harold Francis and Bertha (Peters) Jayne 86 years ago. He attended NTHS where his natural athleticism and joy of sport brought him to baseball and basketball, eventually attending Buffalo State on basketball scholarship. His love of country and sense of duty were the only things that could outweigh his enthusiasm for education and sporting competition, leading him to volunteer for service in the Army during a time of turbulence when patriotism was not popular. After active duty he assumed a role at the local NIKE site before going back to a career of public service. Master Sargent Jayne retired from his position as a Flight Operations Specialist at the Niagara Falls Army Aviation Support Facility after 34 1/2 years, having traveled both domestically and internationally to perform audits and inspections for the Army National Guard, working with the DEA and Border Security. Patriotism, family and sport were the themes that consistently manifest in “Corky’s” life and his siblings Douglas Jayne (Shirley) and Geraldine Martin (Bill) were thrilled when the seeming confirmed bachelor married at age 42. His life with wife Bonnie and daughter, Beth Ann, continued in NT where he was frequently seen in both the neighborhood and the Western NY area walking, riding bike, playing volleyball at the 3rd Ward club and was a fixture for many years at local basketball tournaments. Nothing made him prouder than family and his example of service as well as emphasis on education played a significant role in shaping the careers of the next generation. He can count among his accomplishments inspiring a physician, teacher and Lt. Colonel, all of whom remember the joy of sharing family dinners which usually concluded with a child from their generation or the next, sitting on his lap to share dessert (anything chocolate was a particular favorite) before partaking in a family game of volleyball. He taught them all to play hard but fair, look out for the little guy and cheer for the underdog. Clark was preceded in death by his siblings Geraldine, Rosemary, Virginia and Douglas. He is survived by his wife Bonnie, daughter Beth Ann, sister-in-law Becky Ferreira, nephews Hal (Linda) and Rick Martin and Kevin Ferreira, niece Wendy (Kevin) Toohey, and great nephews Troy Clark and Matthew Toohey and great nieces Lauren Toohey and Shea and Elcie Ferreira. Services will be held in the spring with full military honors. The family wishes to express appreciation and gratitude to the Ralph C Wilson Center, Niagara Hospice and the caring neighbors who have supported them through the last few years. If desired memorials may be made to Niagara Hospice, 4675 Sunset Drive, Lockport NY 14094 in Corky's memory.

The family of Clark E Jayne created this Life Tributes page to make it easy to share your memories.

Send flowers to the Jayne family.