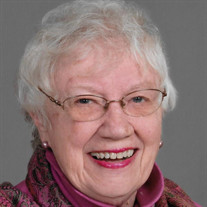 Dolores D. Powers, educator and role model who made a positive impact In the days approaching her death, Dolores Powers&#8217; daughter, Tricia, reached out to her fellow Stella Niagara Education Park classmates and former students of... View Obituary & Service Information

The family of Dolores D Powers created this Life Tributes page to make it easy to share your memories.

Dolores D. Powers, educator and role model who made a positive...

Send flowers to the Powers family.