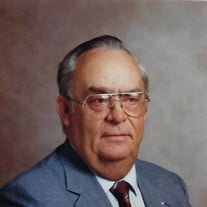 Duane E. Carll, 87, of North Tonawanda, NY, formerly of Bradford, PA passed away peacefully on August 11, 2018 after a brief illness. Born June 21, 1931 in Ludlow, PA, he was the son of the late John and Jeanette Carll. He was a 1949 graduate of Bradford Area High School and joined the US Air Force immediately after graduation. He served in the Korean War. On April 17, 1954, he married Elizabeth Mimm, who survives. For 40 years he was a proud member of the 107th Tactical Fighter Squadron working as a full time technician and supervisor reaching the rank of Chief Master Sergeant. He was fondly referred to as “Coach,” a reflection of his many years as a coach for the NYANG rifle teams. In 1968-69 he served with the 107th at Tuy Hoa Air Force Base, South Vietnam. Throughout his career he was awarded numerous recognitions and awards including the Bronze Star and the Meritorious Service Medal. Duane was a 50 year member of Sutherland Lodge #826. He served as Master twice, was a past Grand Lecturer F&AM of New York State, and a member of the Buffalo Consistory and Ismalia Shrine. He also served as patron in the Order of Eastern Star and chapter dad for the DeMolay. He was a member of North Presbyterian Church for over 50 years serving on many committees as an elder. Duane was a dedicated family man and an avid golfer. Surviving in addition to his wife of 64 years are son Jeffrey (Carol) Carll, daughter Pamela (Mark) Morrison, grandchildren Dr. Jaclyn (Brian) Morrison, Brett (Stephanie) Morrison, Jeffrey R. Carll, Dr. Amanda (Sean) Morrison, Andrew (Jessica) Carll, and Emily (fiancée Fred) Carll, two great grandchildren, Jack and Peyton Morrison, a brother Albert Eugene Carll, sister in law Willie Mimm, and several nieces and nephews. He was preceded in death by his parents, sister Joyce Cercone, brother in law Angelo Cercone, sister in law Donna Carll, and brother in law John Mimm Family will receive friends on Wednesday, August 15, 2018 from 2-4 and 6-8 at the Wattengel Funeral Home, 533 Meadow Drive, North Tonawanda, NY. Funeral services will be held at the funeral home on Thursday, August 16, 2018 at 11:00 am with Father Patrick Zengierski, family friend, officiating. Burial will be in Acacia Cemetery. Memorials, if desired, may be directed to Shriner’s Hospital for Children, St. Jude’s Hospital for Children, North Presbyterian Church, or a charity of the donor’s choice.

Duane E. Carll, 87, of North Tonawanda, NY, formerly of Bradford, PA passed away peacefully on August 11, 2018 after a brief illness. Born June 21, 1931 in Ludlow, PA, he was the son of the late John and Jeanette Carll. He was a 1949 graduate... View Obituary & Service Information

The family of Duane E Carll created this Life Tributes page to make it easy to share your memories.

Send flowers to the Carll family.