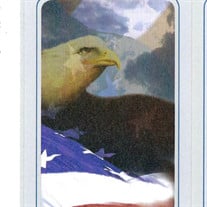 It is with a heavy heart I announce the death of my brother, Frederick J. Osher, on June 29th, 2020, Fred’s years long battle with cancer and his PTSD came to an end that morning. Fred served our country during the Vietnam War, unlike many of his family in arms he came home from that war to his friends and family and loved ones. Fred never forgot those he served with and told me he thought of them often. Fred is survived by his son Jacob Osher formerly of North Tonawanda. Fred was born in North Tonawanda to Father Joseph N. Osher, deceased, and Mother also deceased, Gertrude Osher. During his life he has lost his oldest sister Eva (Shavonie) VerCrusysse, to a car accident, and his youngest brother Yancy J. Osher, to cancer. He is survived by his oldest brother Joseph T. Osher of Clay NY; Sisters Judie M. Osher (Hetrick) residing in Lyndonville NY; Mildred M. Osher of Tonawanda NY; Darien C. Osher (Zbieszkowski) of Lockport NY; Cecelia M. Osher (Henry) now living in Punxsutawney PA; and youngest sister Mary E. Osher (Skowron) now living in Kitty Hawk NC. Through most of these siblings Fred had many nieces, nephews, and great nieces and nephews and into the 2 and 3 great nieces and nephews, he will be missed. Fred had many friends during his life but none for as long as Clyde Serbert, who owned the business where Fred had lived on Niagara Falls Blvd near Ward Rd. Clyde was the one that found Fred that fated morning after a fun filled night of friends and euchre, their favorite card game. Earlier that week Fred lost a four-legged friend, Elsa a beautiful German Shepard that Fred loved spending time with, playing tug, fetch and just hanging with. Fred didn’t wish to have a viewing only to have his ashes interred at the National Cemetery in Bath NY, we are working on that for him. Fred fought a long strong fight against cancer and the demons of that fated war that he lived with every minute of his return, as do many others. Despite that Fred was very proud he could serve his country and loved to tell others of what he called an amazing opportunity. Fred, big brother I will miss you as will many others whose lives you touched, enjoy your well-deserved peace my brother.

It is with a heavy heart I announce the death of my brother, Frederick J. Osher, on June 29th, 2020, Fred&#8217;s years long battle with cancer and his PTSD came to an end that morning. Fred served our country during the Vietnam War, unlike... View Obituary & Service Information

The family of Frederick J Osher created this Life Tributes page to make it easy to share your memories.

It is with a heavy heart I announce the death of my brother,...

Send flowers to the Osher family.