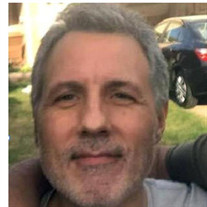 COX - Michael William Beloved brother, friend and mentor, died on December 30, 2019 in his home in North Tonawanda, NY and is now with his Savior the Lord Jesus Christ. Born June 6, 1961; 58 years old. A longtime resident of North Tonawanda, Mike was best known for his musical talent, and humble heart. Out of high school, he toured for a couple of years across the US with Incognito. Following that, he joined Rock Candy, then the Beez, who did a reunion gig at a Tonawanda Class reunion in 2018, White Lies, September's All-Star Band, 33 West, The Andy Taylor Show, Buffalo Horns and also stints with other bands and a cruise ship. Mike was a three-time winner of Top Rock Drummer of Buffalo in 1988, 1989 and 1990 while performing with 33 West. He was an inductee of the Buffalo Music Hall of Fame in the Class of 1991. His music and arrangement are featured in the Lake Placid Olympic Museum. He wrote, arranged and compiled music throughout his life, endearingly known by him as his 'Never a Hit Collection'. He was loved by so many, helped so many and will be dearly missed by us all. Predeceased by his Mom, Lillian M. Cox (nee Felder) and dear friend John H. 'Jack' (Ida) Scott. Mike is survived by his sister Debbi A. Ozzimo (nee Cox), brother William (Sharon) J. Cox III, father William J. Cox Jr., nephews Philip (Emily) Ozzimo, Adam Ozzimo, and many Uncles, Aunts, Nieces, Nephews, Cousins and the beloved Scott family. A celebration of Mike's life will be held at the family's convenience.

The family of Michael William Cox created this Life Tributes page to make it easy to share your memories.

Send flowers to the Cox family.