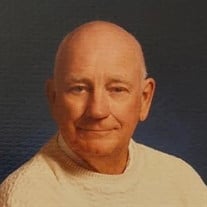 If desired memorials may be made to First United Methodist Church in memory of Mr. Swanson

Send flowers to the Swanson family.