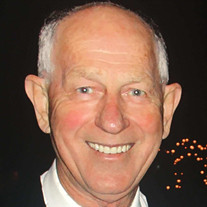 Thomas E. Wojtaszek, Prominent Attorney, Loving husband, father of twelve. Thomas Edward Wojtaszek of North Tonawanda, born Oct. 27, 1927, entered eternal life on Nov. 2, 2017 surrounded by his loving family. Survived by his beloved wife, Lillian (Pope) Wojtaszek, and twelve children, Anne (Rich) Lee, Madonna (Jim) Wojtaszek-Healy, Joan (Eric) Ludewig, Mary (Keith Kofod) Kaufman, Thomas E. Wojtaszek, Jr., Pauline (Don) Wojtaszek-Evans, Antoinette (Paul Pearson) Wojtaszek, Henry (Caroline) Wojtaszek, Maureen (Matt) Leffler, Paul (Colleen) Wojtaszek, Kathleen (Tom) Wojtaszek-Gariano and James (Ann DuHamel) Wojtaszek, Tom was also grandfather to Meredith and Jessi Lee; Michael (Laura), Kevin, Claire and Daniel Healy; Eric (Erin) Ludewig and Kathleen (Nixon) Ludewig-Omollo; Michael and Laura Kaufman; Hayley, Autumn and Christian Evans; Jack, Katie and Ryan Wojtaszek; Evan and Lily Leffler; Justin Tomasino, Luke, Ava and Peyton Wojtaszek; and Robert (Nicole) Bilson, Francesca and David Gariano. He was also proud of his nine great-grandchildren. He is also survived by his sisters-in-law, Antoinette Pope, Mary Pope, and Anne Marie (Tom) Rozek, as well as his many loving nieces and nephews. He was preceded in death by his parents Thomas and Apolonia (Janiak) Wojtaszek, his sister, Arlene (Vince) Kusmierz, his wife’s parents, Enrico and Anna Papi, his sisters-in-law, Angeline (Tom) Porto and Onorina Pope, and his brothers-in-law, Boniface Pope and Francis Pope. Tom was born in Niagara Falls and attended its public schools, graduating in 1945 from Niagara Falls High School. He served in the U. S. Army at the close of WWII and then moved to Vineland, New Jersey to pursue a career in radio announcing. He moved to New York City, attended Brooklyn College, and graduated with a B.A. from Canisius College in Buffalo. He met his wife while they were attending graduate history classes at Canisius College, and they were married Aug. 22, 1953. With various jobs at local factories or teaching high school, he worked his way through the University of Buffalo Law School and completed his degree and passed the bar exam in 1957, while raising his growing family. He worked for Prudential and Allstate Insurance Companies. He spent the happiest years of his career practicing law at Dixon and DeMarie, Attorneys at Law in Buffalo, from which he retired in 1992. Tom was a founding member of the Niagara County Conservative Party and served on its executive board for over 50 years. Known for his honesty, integrity, wisdom, generosity and sense of humor, Tom was liked and respected by all those who knew him. He was a devout Catholic whose religious beliefs strongly informed his actions. He enjoyed participating in local politics, but his greatest joy came from his family life. He was an example of a man who lived a life rich in relationships and spiritual and intellectual pursuits. Tom will be dearly missed by all of us blessed enough to have called him husband, father, grandfather, brother, uncle and friend. Friends may call Sunday from 12-4 and 5-9 PM at the Wattengel Funeral Home, 533 Meadow Drive, North Tonawanda. Mass of Christian Burial will be held Monday at 11 AM from Our Lady Czestochowa Church, 64 Center Ave, North Tonawanda, NY 14120. Interment Mt. Olivet Cemetery. In Lieu of flowers memorials may be made to the Niagara County Community Missions, 1590 Buffalo Ave, Niagara Falls, NY 14303

The family of Thomas Edward Wojtaszek created this Life Tributes page to make it easy to share your memories.

Send flowers to the Wojtaszek family.